Co-founded by Tess Cacciatore, Sheva Carr, and Cristina Escobar, The Women Illuminated Film Festival lifts up women filmmakers to help achieve gender equality in storytelling by hosting an annual event in parallel to the United Nations Commission on the Status of Women.

Download the press release for the 2018 Women Illuminated Film Festival. 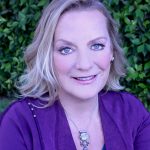 Tess Cacciatore is the CEO of Global Women’s Empowerment Network (GWEN) and GWEN Media, producing conscious content and distributing it on Apple TV, Roku, Amazon Fire, and Samsung streaming devices to make a difference through social impact programming, as well as provide a safe place for people to share their stories and #RevealToHeal www.GWEN.Live www.GlobalWomensEmpowermentNetwork.org.

As the Co-Vice President of United Nations Peace Messenger Organization Pathways To Peace, Sheva Carr is the co-founder of the Women Illuminated Film Festival. An author, speaker, doctor of Oriental Medicine and expert trainer and coach, she is also the founding CEO of Fyera! / Heart Ambassadors, and the founding Executive Director of the Fyera Foundation and Sunflower SunPower Kids. She initiated the multimedia platform www.OperationBigSister.org, designed to contribute to the global efforts to eliminate sex trafficking.

The co-founder of the Women Illuminated Film Festival, Cristina Escobar has worked for feminist causes for over a decade, using her writing, speaking, and networking skills to address issues she cares about. She recently completed three and a half years as The Director of Communications for The Representation Project where she stewarded the great expansion of the #AskHerMore campaign, the launch of #RepresentHer, and #AskMoreOfHim. Cristina is the principal of Cristina Escobar Andrade consulting, online at cescobarandrade.com.

Which stories get told and be whom are critical to achieving gender equality. That’s why we created the Women Illuminated Film Festival. Watch our panel below to learn more.

Many thanks to Glenn Loveless III Photography and Kristen Blush for allowing us to use their images of the festival on this site.